Whiff Table: Something happens every round of combat

I'm thinking of running 0e DnD or Black Pudding's flavor of B/X, or Moldhammer, or Wolfbreaker. But I love combat systems from Into the Odd where there's no to-hit roll (and no missing) or Troika/Tunnel Goons/Macchiato Monsters where someone always gets hit. What to do? Write a whiff table! 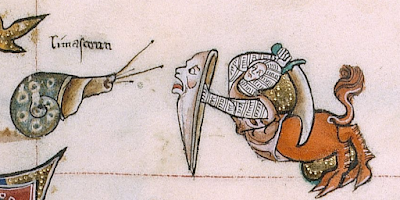 When two opposed combatants in melee both miss their attacks, roll on the whiff table.

You could just roll a d6 against this table, or a d12 if you don't want random magical war-sigils to show up in your theatre of the mind, or random Dead Realm trips.
Posted by Charlie at 12:03 PM